These are Chappell’s colleagues who mand ant course possible and fun! 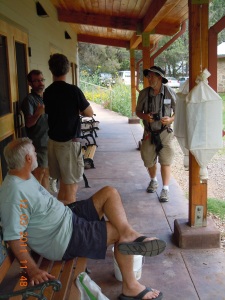 On the right-side of this photograph is a leaf litter trap. The ants in the trap will fall from the litter in a cup of alcohol.

Some collegues from ant course show off their preserved ant tunnels.

An ant colony was discovered under the ground in the desert, so they had to dig to reach part of that colony.

In the ant colony Honeypot ants were found. Their genus is Myrmecocystus, and subfamily Formicinae.

The Honeypot ants can be sweet to taste or bitter depending on their diet. 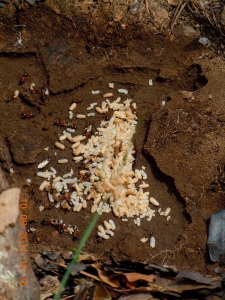 Ant larvae was discovered in the colony. 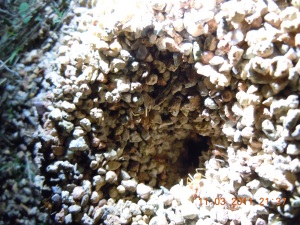 This is an entrance to a different ant colony.

Here is an unidentified ant discovered while looking for other ant colonies.

This is unidentified desert spider found during ant course.

These were some of the ants that were collected and mounted during ant course.